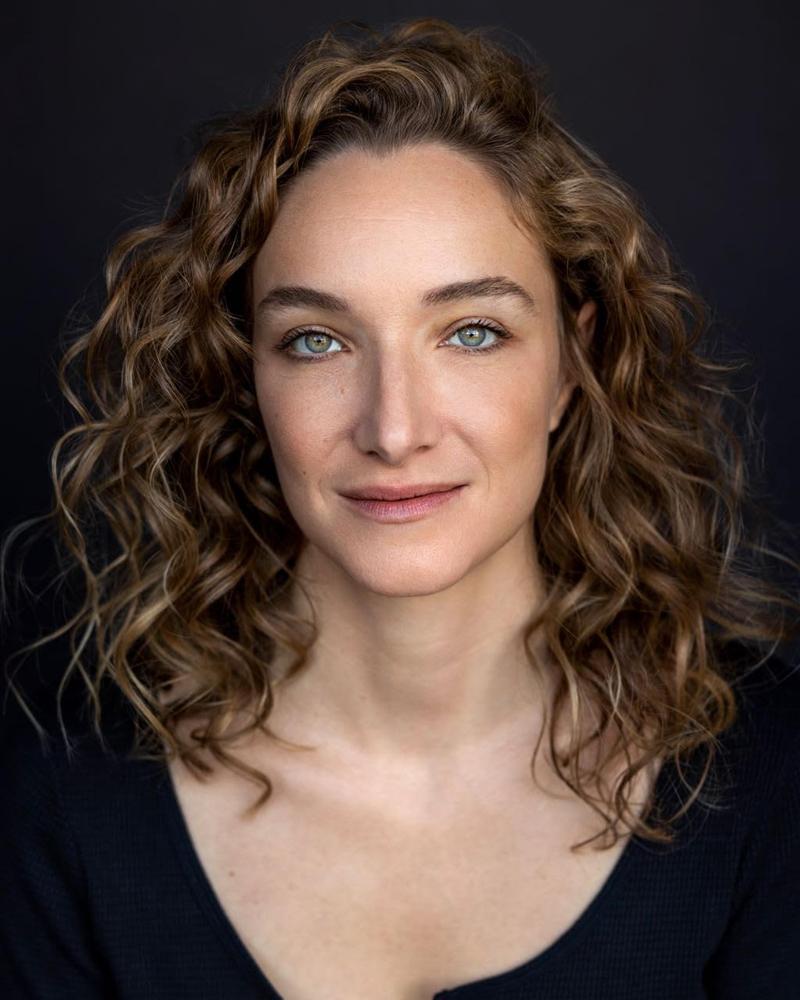 What do you like most about your character in Three Pines?

I think what I like most about my character is that she's very intuitive and she's a very caring person and cares about her friends and her community, and always leads with looking for the good in people first.

Were you a fan of the books before filming?

I did become a fan of the books. I hadn't heard of the series in the years prior to that, but when I heard about the project, I started reading all the novels and I read, I think, the first five novels before I had my actual audition for the show. And I'm a huge fan. It's like comfort crime, and it's the perfect cozy novel that just transports you into a different world, and it's definitely up my street.

What do you most like about being on the set of Three Pines?

It's so magical. I loved being on set. The designers did an incredible job at making it really look like it feels in the novels, and there's just so much attention to detail that you really feel like you're in this world that lives in the novels as well. So I really enjoyed the magic of the world that they created and all the support of the people who live in the town where we filmed, and we really became a great family as a crew and as a cast.

What do you think fans will most enjoy about the show?

Ooh, that's a good one. I think that they will enjoy its unique crime voice. I think every crime drama has its feel and tone. And when a new crime show really gets its own unique specific thing, I think that's really enjoyable. So I think that Three Pines treads really beautifully within different crime genres, and I think that's something that fans are really going to enjoy.

Do you think that there are advantages to two-part episodes rather than having everything wrapped up within one episode, and what are they?

Good question. I think when you're adapting from a literary source, you have to find the best way to do all that source material justice. And I think that trying to do one book in one episode would've been too much to handle, and I think doing one book over eight episodes would've been maybe too much time to get through all of that. So I think they've done a good job at parceling out the novels onto screen. And Emilia di Girolamo, who's the writer of our screen version, our adaptation, has also done an incredible job at threading this arc that goes throughout all of those eight episodes, which, once people will watch, they'll see what that is. But it's a really unique storyline and a really important storyline right now. So although, every two episodes, you get a new piece of the novel series, you still get this arc that draws throughout the whole thing. And if we go to a season two, it'll be really interesting to see how that continues to grow and how much more we see maybe of Three Pines in the town itself.

You're originally from Britain. What attracted you to working in Canada?

I originally came here when I was on tour with a play called Our Country's Good, and it was the 20th anniversary revival of this show. So I was in Toronto for seven weeks with this show. And in the last week, I met my partner in Toronto. And then it was love that kept me here. It was a theater show that brought me here, and then love that kept me here. So we spent some time in London, and we lived on a narrowboat together in London, and then we both moved to Toronto for a little while. And we like to spend time between both. What I love about Canada is that there's so much happening here. There's so much being filmed here. It's a really vibrant film, and TV, and theater scene. So I think it's a really brilliant place to be and I'm happy here.

I got into acting when I was quite young. My dad was an actor. He passed away eight years ago, but he was a really wonderful actor. And I think he was my first inspiration, I'd say, into that world. And we both really enjoyed, I think, just being playful and making people laugh. And I think I got that side from him. And then I was just interested in being able to tell stories, and enchant an audience, and maybe change their point of view at times as well.

What has been your favorite role to play?

I'd say, for film and TV, this role has been my favorite. Clara's been my favorite because she has such a great arc and there's so many more stories to draw on and I'm excited to see where it goes. I think for theater, I created a show that was all on roller skates because I used to play roller derby. And so, I taught all the performers how to roller-skate, and we created this wacky show that was on roller skates, and that was pretty amazing. I love that.

I think the people. I really enjoy meeting new people, wonderful people. And it's one of the few jobs where you get to know people very, very quickly within a short space of time. You often find really, really strong bonds in the least expected places. And I think that's a very rewarding thing to be able to have in any line of work. So I think the people.

What did you most like about doing work for a video game last year?

Yeah. I did a video game and it was all about extreme sports, so I loved that it was about extreme sports having come from background of playing an extreme sport. And I really enjoyed doing a Norwegian accent, which was a new challenge for me. Although my mom and sister both thought that I sounded Welsh, so there we go.

Were there specific challenges that you encountered doing that work?

I think you have to be a bit fearless and just go for it because your voice has to reach a place without using your body necessarily. So I did just the voice work for that particular project, and it has to be all or nothing. Otherwise, it's going to be really underwhelming to play a game like that. So I think being fearless, leaving all your self-awareness at the door and just going for it.

Are there actors or directors that you would love to work with but haven't?

I don't know if you've been watching The White Lotus, but I am a big, big fan. And Mike White, who's the director and creator of that show is someone that I would definitely love to work with. And while we're on topic, Jennifer Coolidge is just my hero. So if I could spend even just an hour on set with Jen, I think that would make my year.

What would you say has been the biggest challenge in your career?

That's a great question. What's the biggest challenge been? I think the biggest challenge is being your own champion, and your own hero, and always pumping your own tires because it's not an easy line of work. You have to be really resilient and you have to keep going even though, most of the time, it's a no or you don't get that job and it might be disappointing. So I think the challenge is staying flexible, and staying resilient, and also finding other things that maybe interest you in life.

You can follow me on Instagram, I guess. It's Anna Tierney with a few extra Ys. And I'm not on Facebook. I'm on Twitter. I don't really tweet that much, but you can find me on Instagram. And there's actually another account for some work that I'm doing right now. I'm doing pottery work. So you can follow Spell Jar Pottery if you want to see some of the artwork I'm making.